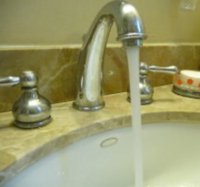 NJDEP regulations say that the VOC concentration in water can’t be over 1.5 µg/L. Unfortunately, chemical testing done in 2011 showed that the East Orange Water Commission (EOWC) had a 12-month average that came out to 1.54 µg/L that year.

Most people probably don’t think very much about NJDEP regulations or how they affect their lives, but you can bet that the people in The Village of South Orange are well aware. Without the findings from the certified testing lab of a commercial laboratory, they would have had no warning that they might be drinking water with an unacceptable toxicity level.

Depending on the type of toxicity present in the drinking water, people can suffer all kinds of health problems. It’s especially bad for young children, whose bodies simply don’t have enough volume to absorb the bad chemicals and filter them through their systems.


The best way to make sure that you’re safe, or that your company is compliant with NJDEP regulations, is to periodically work with an analytical laboratory service and take all kinds of samples and tests.

A few of the kinds of chemical testing that you can engage in include:

The NJDEP regulations are there for a reason. Without them in place, some companies would simply do whatever they needed to keep costs down and profits up – even if that meant poisoning the very customers they wanted to buy their products. But most of the time it’s not that insidious. Most companies care about the people they serve, they just don’t realize that they are doing anything wrong.

What Chemical Testing Has Shown to The Village

So what happened with The Village in South Orange? NJDEP regulations require them to keep engaging in chemical testing twice each month while there appears to be a problem, so that’s just what they did. In April of this year, the numbers were below the toxicity threshold on every test that the EOWC did. Even better were the tests that The Village did independently.

Both used certified testing labs and took samples from different areas, and both had tests with results that were much improved. NJDEP regulations say that the results are still high enough that monitoring should continue, but due to hard work and ongoing chemical testing, they won’t face a violation.