Most homeowners probably never think about chemical testing or whether or not their water would meet NJDEP regulations. After all, that’s something for businesses to worry about, right?

The problem is, when we say that water isn’t meeting NJDEP regulations, what we’re really saying is that the water isn’t clean – the toxicity levels are too high. Do you want water like that in your pipes and around where you live?

We Expect Environmental Testing to Be Done for Us
Clean water is one of those things that we’ve just come to expect in this country, but that doesn’t mean that we’re always getting it – or that the government and other regulatory bodies are always going to know when it gets too bad. Finding that out means engaging in all kinds of environmental testing – storm water sampling, groundwater analysis, waste water testing – and the sad truth is that in this era of big business and big storms, there are more ways than ever before for bad things to get into your water without anyone knowing.

Take the toxic train wreck that occurred in November 2012 in Paulsboro, NJ. Wells that were set up to do groundwater analysis found high toxicity levels of vinyl chloride for months after the spill, and residents didn’t know how badly their homes might have been impacted and what they needed to do to fix the problem. 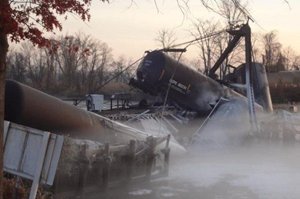 Stories like this are common, but that doesn’t mean you just have to hope for the best. If you’re worried about your water and want environmental testing, storm water sampling, waste water testing, and more, go ahead and get it done.

A Commercial Laboratory Puts the Power Back in Your Hands
Lots of people just like you are realizing that they can independently hire a commercial laboratory with a certified testing lab and get the work done faster and more efficiently.

In Ocean City, where lagoons need to be dredged, people are filling community centers for meetings, but city leaders say that they have their hands tied to do more, but you don’t have that problem. Take action for yourself, or join together with neighbors and hire our analytical laboratory service to come out and take a look at your entire area.

If you truly care about the wellbeing of your family and neighborhood, getting environmental testing done yourself may be the best course of action.